News has reached us that Page has come out as transgender in a heartfelt statement to fans. He has also shared his name and the pronouns he will now be using.

Page rose to mainstream prominence from his native Canada in 2005 with the revenge thriller Hard Candy..

He was lavished with praise for his performance, even bagging the Austin Film Critics Association’s Award for Best Actress. 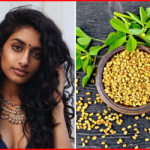