It doesn’t matter if you cook every day, or just every once in a while—food safety is something that can’t be overlooked. Moreover, it’s not something we usually talk about. Therefore, it comes as no surprise that many people still believe the myth of the 5-second rule. While some of the facts in this list may serve as a reminder, we hope you can learn something new, too. Scroll down below to see the shortlist made you and vote for the facts you liked the most or didn’t know yet! Also, in the comments down below, feel free to share your insights, tips, and tricks on food safety!

1. Chocolate with white or grayish film is fine to eat 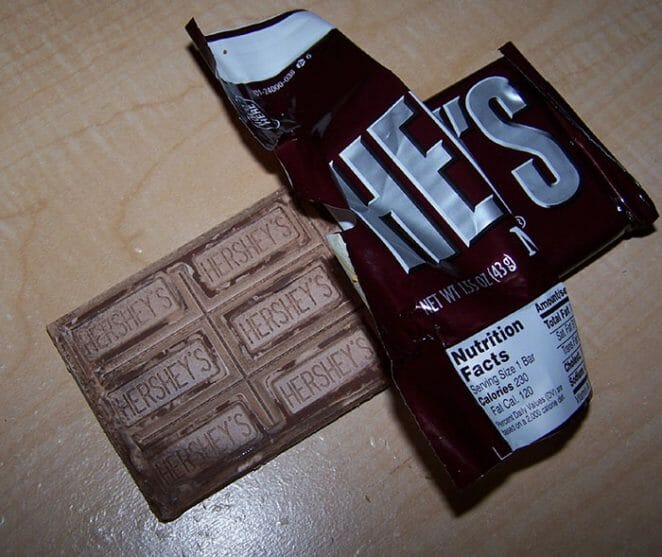 While white or grayish film formed on the surface of chocolate might not look very appetizing, turns, out it’s perfectly fine to eat. The process occurs when cocoa butter fats separate from the cocoa.

2. Double-dipping can spread bacteria and viruses 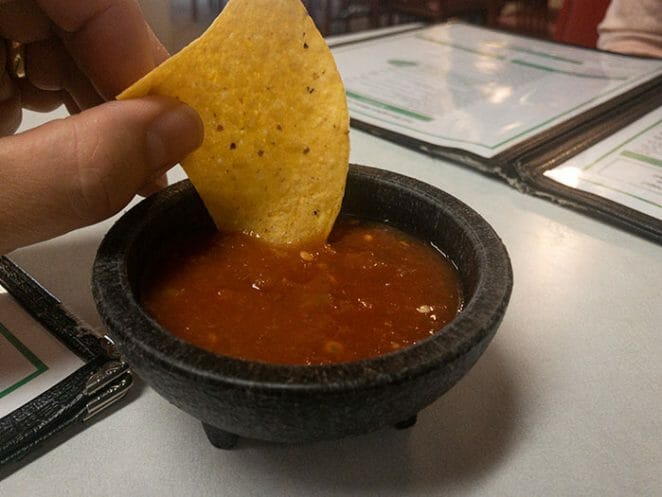 Sadly, double-dipping is not the greatest idea, since it can spread bacteria and viruses, even when a person isn’t visibly sick or unwell. Therefore, it’s always best to put dip on your own plate and enjoy it without spreading germs to other people. 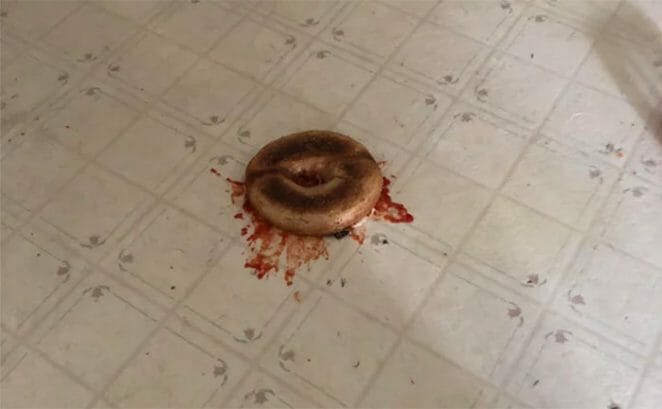 To test out people’s favorite “rule,” Dr. Ronald Carter from Queen Mary, University of London did an experiment. He dropped pizza, apple, and toast onto different surfaces and it revealed that they were all covered in germs. As it turned out, the “5-second rule” isn’t true—bacteria can attach to food as soon as it touches the floor.

4. Refrigerated leftovers must be tossed out in 3 to 4 days 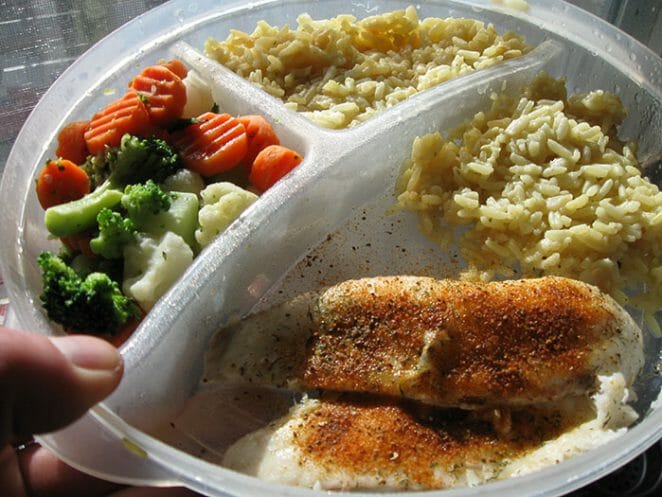 We all know that some types of bacteria can cause illness. However, as it appears, the types of bacteria that do don’t affect the smell, taste, or appearance of food. This is why it’s crucial to either freeze or throw out refrigerated leftovers within 3 to 4 days.

5. Titanium dioxide that’s found in icing has been linked to inflammatory bowel diseases 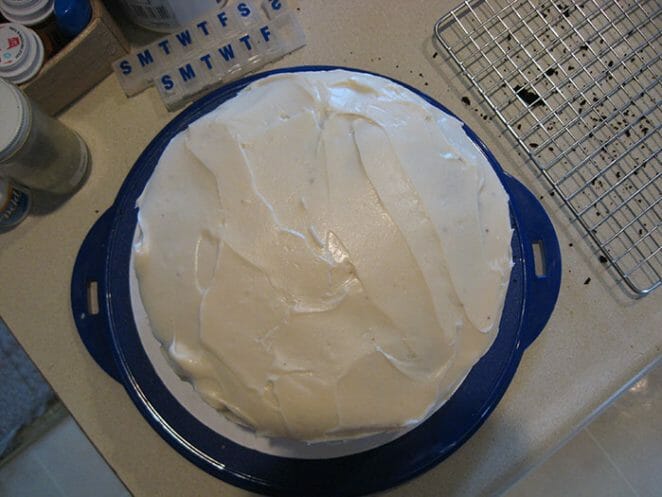 Titanium dioxide—an additive that’s used to make white appear even whiter—can be found in a variety of foods, like coffee creamer, icing, powdered sugar, and ranch dressing. However, for the exact same reason, it is used in making sunscreens, laundry detergents, and paint. FDA considers the additive safe; however, there was research conducted that linked it to inflammatory bowel diseases. In addition to this, as of 2020, France has banned titanium dioxide in food.

6. The best way to know if the milk is still good is to smell it 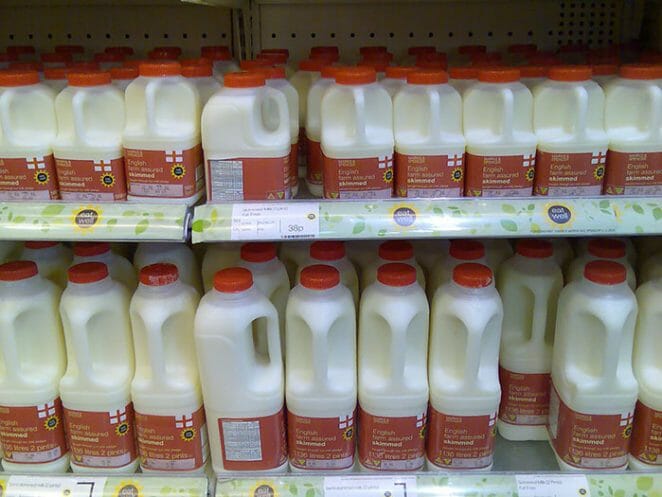 Apparently, in the United States, every state has different laws on milk dates. Therefore, it’s really up to people to judge the quality of it. Experts say that if you keep your fridge closer to 34℉, instead of the standard 40℉, you can get an extra week out of your milk. Of course, the longer its container was kept sealed, the better. All in all, it’s always best to trust your good ole nose and just smell the stuff.

7. A funky taste in water doesn’t mean you can’t drink it 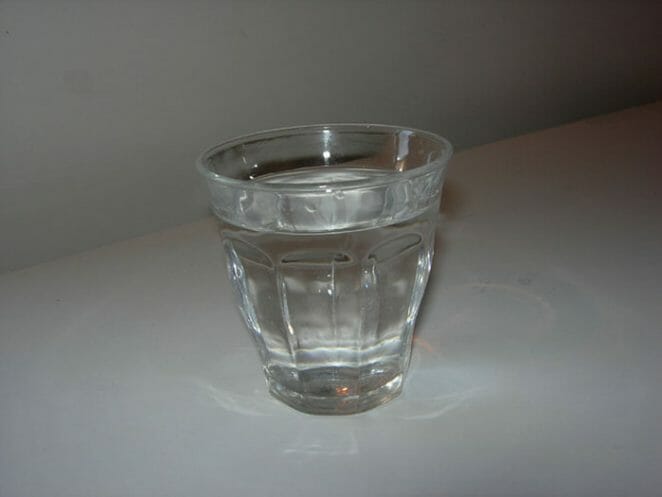 Ever left a glass of water sitting on the bedside overnight and then it had that funky taste in the morning? Well, turns out it’s perfectly fine to drink. Duh—after all, there are no ingredients in the water that would make it go bad.

8. It’s recommended to keep butter in the fridge 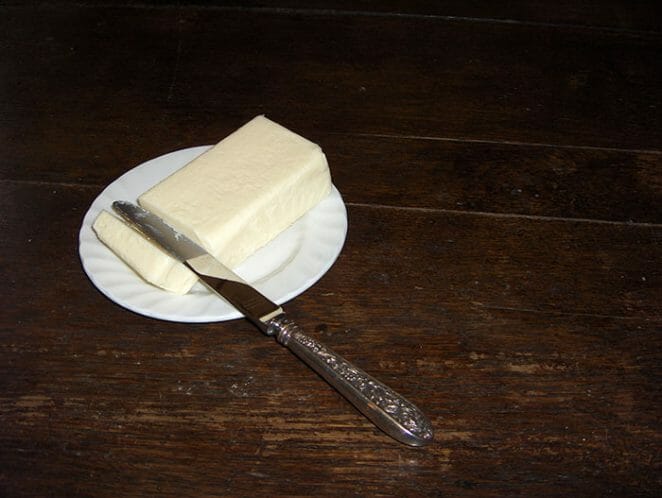 We all know just how annoying it is trying to spread butter on bread that’s still cold and hard. However, experts say that leaving your butter in warmer temperatures may accelerate the growth rates of spoilage microbes. So, it’s always best to keep your butter in the fridge to prevent any unusual or unpleasant flavors.

9. Produce bins in fridges are full of germs 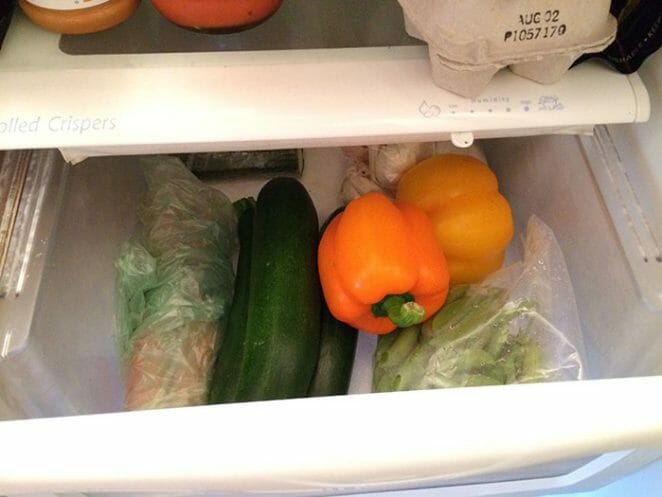 A NSF International study found that the fridge produce compartment is one of the most “germiest” areas in people’s kitchens. Therefore, it’s essential to regularly clean out produce bins with hot water and liquid soap to prevent the buildup of bacteria.

10. Chopping boards are up to 200 times dirtier than a toilet seat 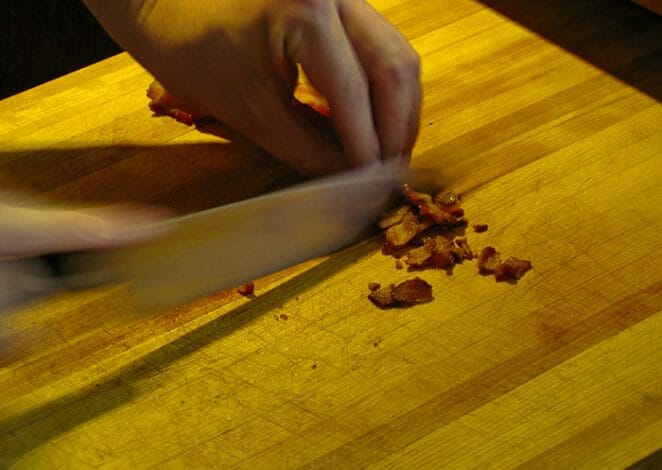 It has been found that chopping boards are up to 200 times dirtier than a toilet seat! And as it turns out, washing it after every use does not protect you from all the bacteria. It is recommended to have several chopping boards so you can use them for different types of food. In addition to this, you should change your chopping boards regularly as bacteria can hide in its scratches and crevices and thus contaminate other foods

11. It’s not recommended to rinse meat 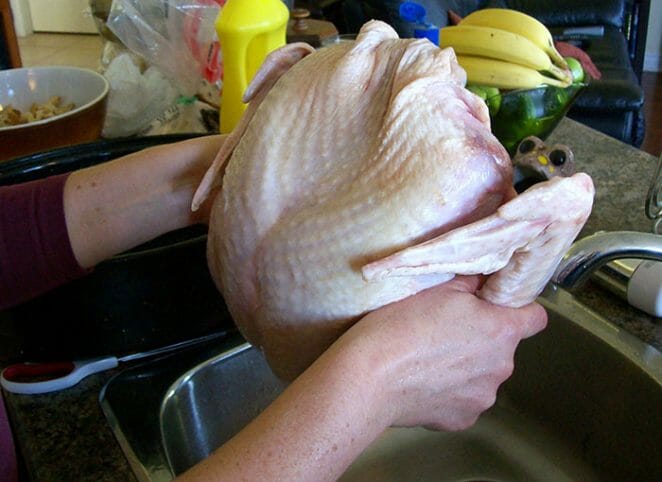 While some people rinse meat and poultry before cooking, it turns out that while it can remove some of the bacteria from the surface, it doesn’t do anything to those that are tightly attached. In addition to this, water can splash while rinsing meat onto worktops, cutlery, etc., and thus contaminate them. 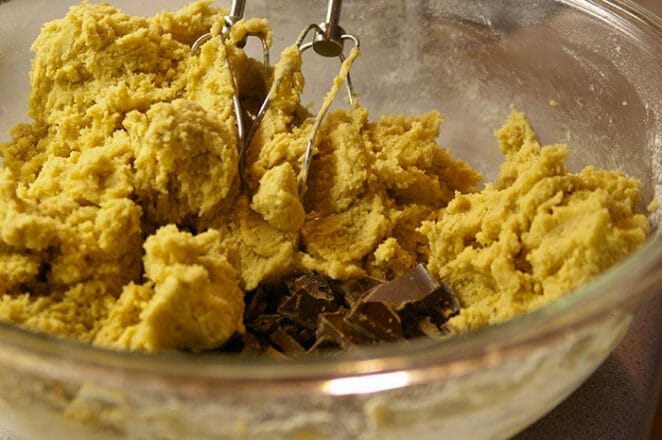 Flour doesn’t have a bad rep for being a particularly “risky” food, but there’s actually a chance to get sick from flour. Since it is made from wheat, it has the potential to contain deadly bacteria called E. coli. While food-borne illnesses don’t happen often because of flour, as it’s usually used in foods that are cooked and bacteria dies in heat, it is best not to indulge in raw cookie dough due to the dangerous bacteria.

13. Ground meats should reach 160°F for at least one second before consuming 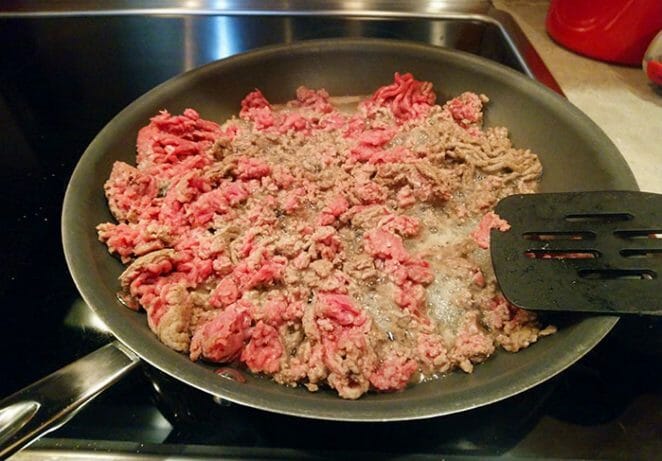 USDA recommends that ground meats (including beef, lamb, pork, and veal) should reach 160°F for at least one second before consuming and do not require rest time. Poultry products, however, including chicken and turkey, should reach at least 165ºF for it to be safe to consume. Safe cooking temperature for whole cuts of pork is from 160 ºF to 145 ºF with the addition of a three-minute rest time. Whole cuts of other types of meat should cook at 145 ºF with the same three-minute rest time.

14. Perishable food can be left at room temperature for no more than 2 hours 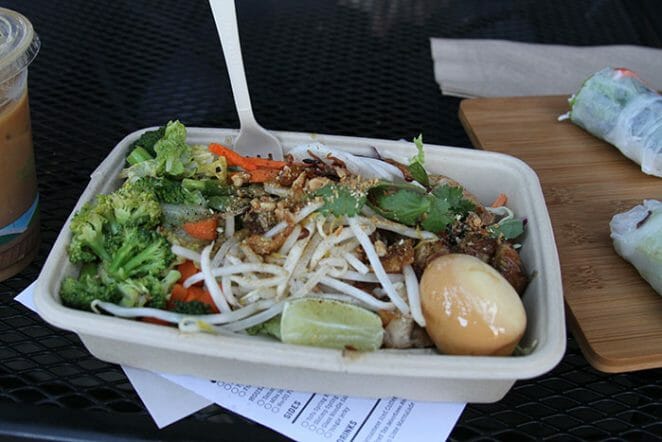 If you leave perishable food at room temperature for over 2 hours, it may become unsafe to eat by then. However, the “2-hour rule” becomes the “1-hour rule” when the temperature outside reaches 90 degrees or more. Bacteria grows very quickly at hot temperatures.

15. Egg dishes should be cooked until they reach 160°F or more 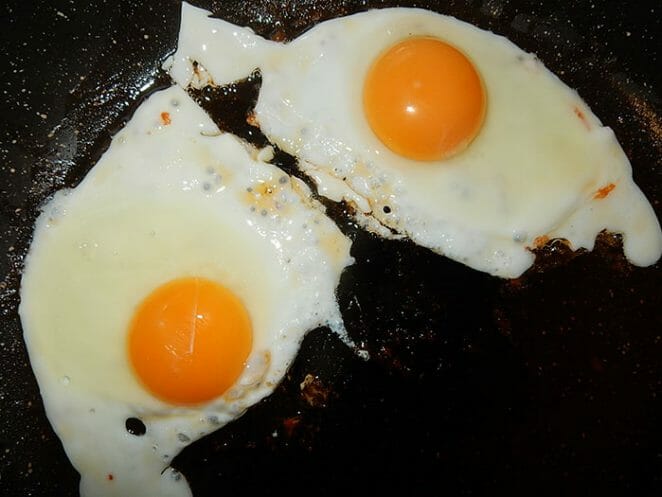 When it comes to eggs, it’s usually hard to tell whether its fine just by looking at its outer shell. However, they have a high chance of being contaminated with bacteria, like salmonella. So, the best practice is to refrigerate the eggs properly and cook them until both the yolk and white are firm. Any egg dishes should be cooked until their internal temperature reaches 160°F or more.